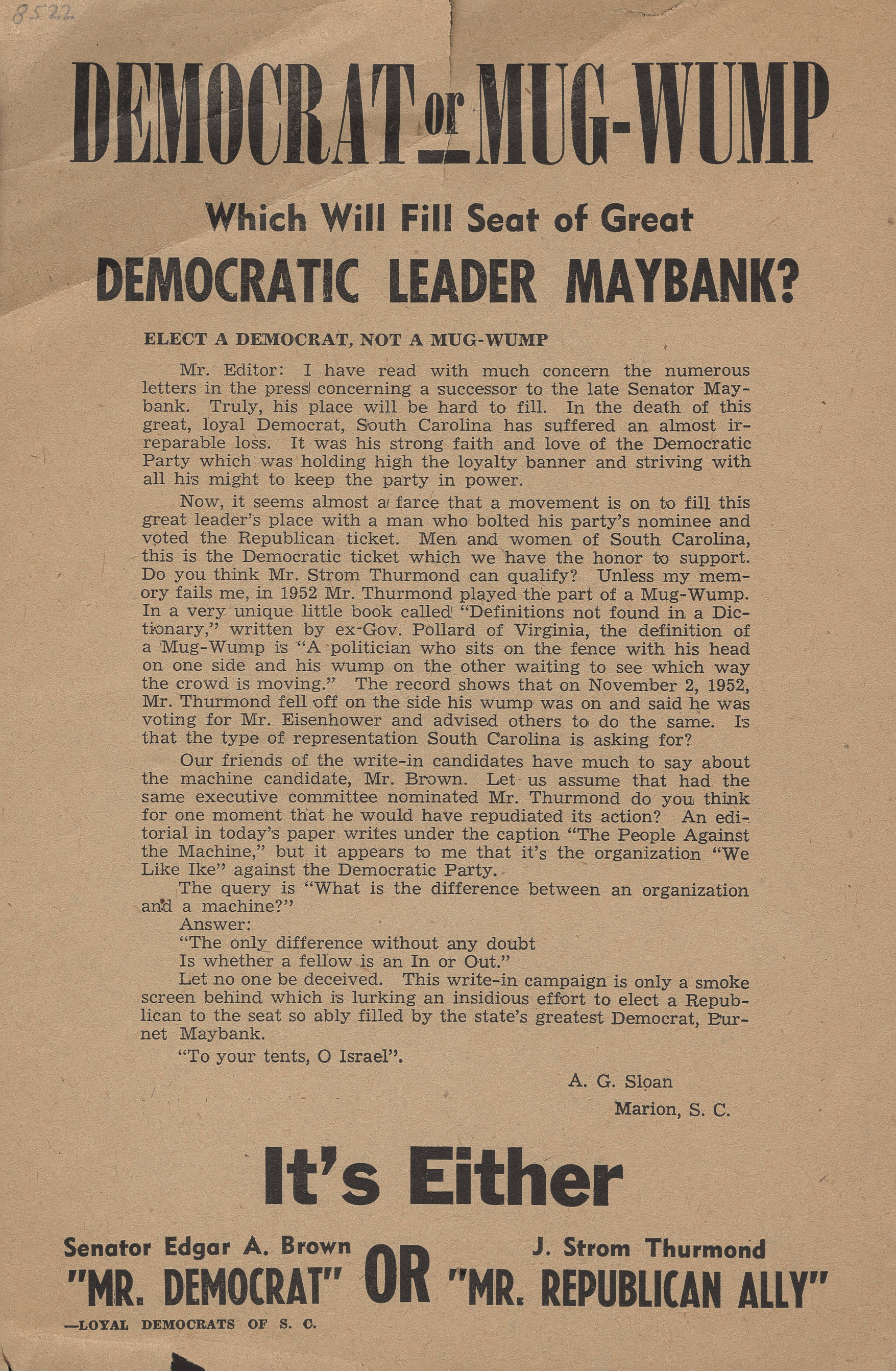 Broadside reprinting letter by A.G. Sloan of Marion, S.C., to the editor of an unidentified newspaper, re: 1954 election for the seat in the U.S. Senate vacated by death of Burnet Rhett Maybank, in which Edgar A. Brown ran against J. Strom Thurmond. Thurmond defeated Brown in the primary, becoming the first person in U.S. history to be elected to a major office by write-in ballot. Originally, the term mugwumps signified Republicans who supported Democratic Party candidate Grover Cleveland in the 1884 Presidential election.