Construction of the Savannah River Site after World War II briefly transformed Allendale into a boomtown. But when Interstate 95 opened east of Allendale County, the tourist-oriented economy along U.S. 301 collapsed 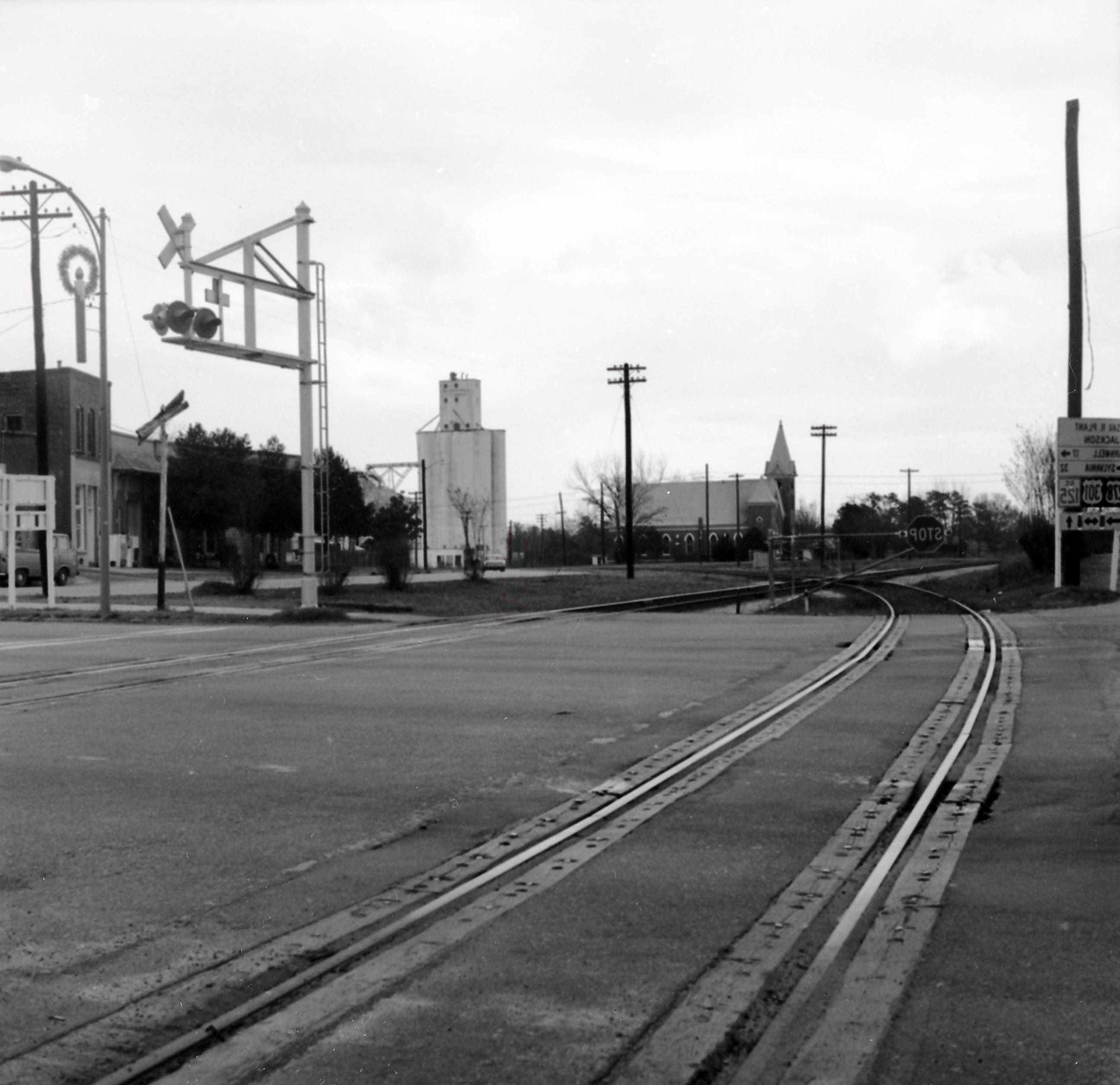 (Allendale County; 2000 pop. 4,052). When trains replaced steamboats, the commercial and social activities of the Buddenville community in southern Barnwell County migrated about five miles farther from the Savannah River to locate beside the railroad in what came to be the town of Allendale. The area around Buddenville boasted prosperous farms, several churches, four stores, and academies teaching music, art, and language. The farmers who transported their produce on the river had wanted a rail connection to Charleston to free them from dependence on cotton buyers in Georgia. Their wish was granted, but the railroad skirted a high ridge and did not run through Buddenville.

After the Charleston and Western Railroad sent the first train through the area in 1872, the new town grew up beside the tracks. Called Allendale after the Allen family, who were prominent residents of the area, the town had a post office constructed eight hundred yards from the railroad depot, and Paul Allen became the first postmaster. Streets and lots were laid out on fifty acres surrounding the depot.

The General Assembly chartered the Town of Allendale on December 20, 1873, and Z. A. Searson became the first mayor. Town planners laid out boulevard style streets one hundred feet wide with trees and flowers in the medians. A hotel opened in 1873 beside the train depot, and an academy opened within a year. Miss Arnold’s Schoolhouse was built in 1875. By the early 1880s, Allendale contained thirty-one stores and more than six hundred inhabitants. African American businesses grew up near the intersection of Main Street and Flat Street. Farmers coming into town tied their wagons on Flat Street, where their horses watered at a trough. A livery sold horses and mules on the lot at Railroad Avenue and Memorial Avenue.

Allendale became the seat of Allendale County with its creation in 1919. As the automobile gained popularity in the twentieth century, tourist oriented businesses stretched north and south of Allendale on U.S. Highway 301, a main thoroughfare from the Northeast to Florida. Allendale had twenty six filling stations at one point. National chains, such as Holiday Inn and Howard Johnson, operated motels and restaurants.

Construction of the Savannah River Site after World War II briefly transformed Allendale into a boomtown. But when Interstate 95 opened east of Allendale County, the tourist-oriented economy along U.S. 301 collapsed. Many commercial buildings were abandoned and others deteriorated.

At the turn of the twenty first century, efforts were made to restore Allendale’s streetscape. A grassroots group known as Allendale Green transformed a vacant block into a shady park. The Town of Allendale acquired a hotel building constructed in 1891 beside the railroad. The Allendale County Historical Society beautified the facades along a row of turn-of-the-century storefronts. The Salkehatchie campus of the University of South Carolina renovated the Howard Johnson building as its admissions office.