Promoted to brigadier general, Lee was sent west to command artillery as the Confederacy attempted to stop the Federals from seizing control of the Mississippi River. 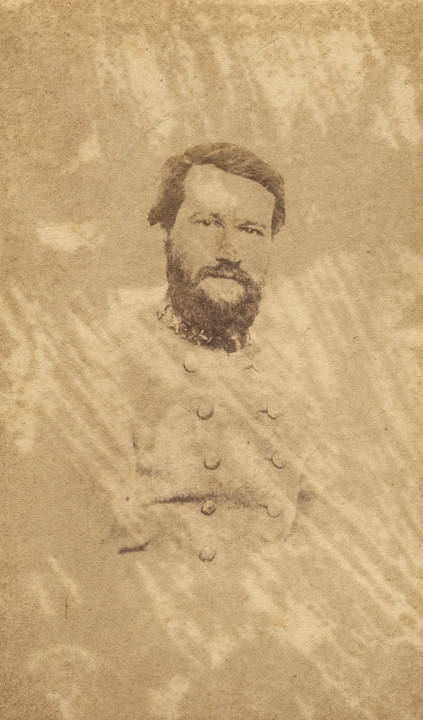 Soldier. Lee was born in Charleston on September 22, 1833, the son of Dr. Thomas Lee, a physician, and Caroline Allison. His family was distantly related to the Lees of Virginia. In 1835 the family moved to Abbeville District. In 1850 Lee received an appointment to the U.S. Military Academy at West Point, where he graduated seventeenth of forty-six in the class of 1854. After seven years of service in artillery and staff positions, he resigned in February 1861 to enter Confederate service. As a member of General P. G. T. Beauregard’s staff, he was sent to seek the surrender of Fort Sumter both before and after the bombardment. Lee was then elected captain of the artillery battery of the Hampton Legion, but the late delivery of its cannon prevented the battery from traveling with the legion to First Manassas. In autumn the legion added additional artillery and Lee was promoted to major. Throughout the spring and summer of 1862, he received additional promotions for his leadership and artillery skills during the Peninsular campaign, the Seven Days’ campaign, Second Manassas, and Sharpsburg.

Promoted to brigadier general, Lee was sent west to command artillery as the Confederacy attempted to stop the Federals from seizing control of the Mississippi River. He gained a decisive victory over General William T. Sherman at Chickasaw Bayou (December 29, 1862), led an infantry brigade at Champion’s Hill (May 16, 1862), and participated in the defense of Vicksburg, where he was captured on July 4, 1863. After being exchanged he was promoted to major general and placed in command of all cavalry in Mississippi and Tennessee. In July 1864 Lee was promoted to lieutenant general and given Hood’s Corps in the Army of Tennessee, then defending Atlanta. His corps fought at Ezra Church (July 28, 1864), then lost heavily at Jonesboro (August 31, 1864) as Atlanta began to fall. In the subsequent Nashville campaign, Lee suffered a leg wound in Decem- ber 1864. During his recuperation in Columbus, Mississippi, he married Regina Lilly Harrison of that city on February 8, 1865. The couple would have one child. After recovering from his wound, Lee returned to duty in the final battles in North Carolina.

After the war Lee returned to Mississippi, where he farmed and dabbled in the insurance business. In 1878 he was elected to the Mississippi Senate, and two years later he became the first president of the Mississippi Agricultural and Mechanical College (later Mississippi State University). In 1890 he entered the race for governor but withdrew at the request of his board of trustees. That same year he refused an offer to become president of Clemson College in his home state of South Carolina. He served for ten years as president of the Mississippi Historical Society, and from that position he assisted in creating the Mississippi Department of Archives and History, chairing its board of trustees for six years. In 1889 he was involved in the founding of the United Confederate Veterans organization, and in 1895 he helped to organize the Vicksburg National Military Park Association and served as its first president. Lee died in Vicksburg on May 28, 1908, and was buried in Friendship Cemetery, Columbus, Mississippi.