Marion County was named to honor General Francis Marion, the Revolutionary War hero whose camp was hidden deep in its swamps. 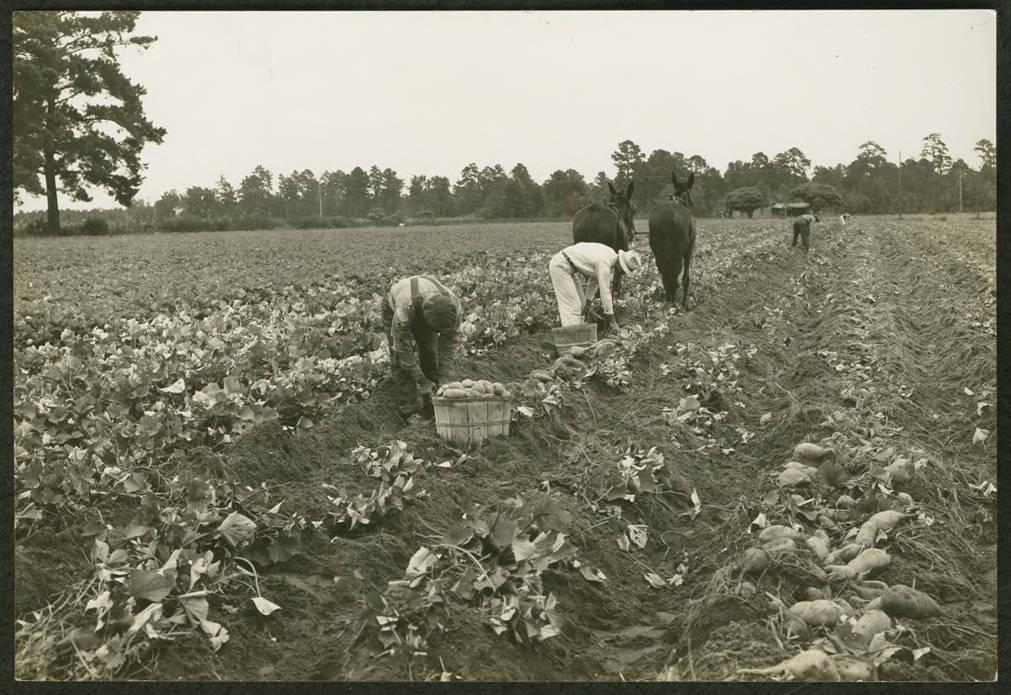 (489 sq. miles; 2010 pop. 33,062). Marion County was named to honor General Francis Marion, the Revolutionary War hero whose camp was hidden deep in its swamps. Designated Queensboro Township in 1733, the area became part of Prince Frederick’s Parish the following year. In 1785 the northwestern part of the Georgetown Judicial District became Liberty County, which was renamed and reorganized as Marion District in 1800. Much of the southwestern portion of Marion County was ceded to Florence County in 1888, while the northern half of Marion’s territory went to the newly formed Dillon County in 1910.

Located in northeastern South Carolina, Marion County is shaped like a knobby sweet potato, with its skinny southern end approximately fifteen miles from the Atlantic Ocean. Horry County lies to the east, Williamsburg and Georgetown Counties to the west. Two rivers, the Great Pee Dee and the Little Pee Dee, flow the length of the county. They merge at its southernmost tip, cross part of Georgetown County, and empty into Winyah Bay. The land is generally level to gently undulant, and the soil is predominantly sandy loam, well suited to agriculture. Food crops, indigo, livestock raising (primarily hogs), timber, and turpentine were the most important products until the introduction of the cotton gin in the 1790s. The availability of slave labor, a more efficient means of removing seed, and a ready market established cotton as the chief money crop for almost a century.

European settlers began moving up the Pee Dee after receiving land grants in 1735 and 1736. This first settlement was named Britton’s Neck for Joseph Britton, one of the pioneers. In 1798 the state legislature appointed a commission to choose a site and supervise construction of a courthouse and a jail. A small wooden court building constructed in 1800 soon proved inadequate. The second courthouse, a brick one probably designed by Robert Mills, was built in 1823. That structure was torn down in 1853. The present courthouse was built from a design by Peter H. Hammarskold.

The town of Marion developed around the courthouse. After 1854, when the Wilmington and Manchester Railroad reached the county, new villages appeared. A few miles east of the county seat, the Mullins Railway Station, named for Colonel William Sydney Mullins, became the nucleus for the town of Mullins. Nichols began when Harmon Floyd’s land around the depot was sold off as town lots. The town, at first called Floydsville, was later renamed to honor Avoritte Nichols, a prominent resident. Even the tiny hamlet of Pee Dee boasted a hotel near its depot.

The Civil War halted all progress except that related to the war effort. At the Confederate Navy Yard near Pee Dee a wooden gunboat was built and named the CSS Peedee. However, this vessel never experienced combat. Federal troops controlled the area upon its completion, and the boat was burned in March 1865 to prevent its falling into enemy hands. Marion County suffered no physical dam- age from the war. The Great Pee Dee River was at flood stage, and Sherman’s troops were unable to cross into the county. It did, however, suffer during Reconstruction. More than thirty years elapsed before it returned to its prewar economic status. The 1880 census reveals that the value of farm property in South Carolina was only half the 1860 assessment. The chaos of the early postwar period gradually evolved into a workable arrangement between the landowners and the free blacks as they first tried wages for farmwork and later sharecropping. By the 1890s many farmers were renting small parcels to black farmers for cash or cotton.

Cotton prices began to decline in the mid-1870s, and the trend continued through the 1890s, intensifying the poverty of county farmers. In the meantime cotton profits from earlier years financed mercantile endeavors and many fine homes showing Victorian influence. The introduction of bright leaf tobacco as a money crop in the last decade of the century brought growers a ray of hope. As tobacco production increased, warehouses were built. Mullins eventually became the largest market in the state. Planters’ Warehouse opened in 1895, followed by the Old Brick and Dixon warehouses.

Overproduction of tobacco soon led to unacceptably low prices, a problem that was solved by federal intervention, which limited acreage and established price controls. The mid-1940s found the prosperous larger farms increasing in size as mechanical equipment became available. Many small operators sold their holdings and sought nonfarm employment. Two early industries in the county were forestry-oriented: Camp Manufacturing Company and the American Box Company. Marion Cotton Oil Company depended on cotton for its ginning and seed-crushing operations. A small cotton mill in Marion presaged the development of the textile industry.

Following World War II the agricultural economy gave way to one that was also industrial and service-oriented, though this change came later than in many other regions of the state. Textile plants led the way, including Heritage Sportswear, Ray-Tex, Hanes L’Eggs, and Blumenthal Mills in Marion and Anvil Mills in Mullins. Other manufacturers arrived as well: American Voting Machines (later ArvinMeritor), Marvel Lighting, and So-Pak-Co (producers of ready-to-eat meals for the U.S. Army) in Mullins; and Rockwell International (wooden shuttles for cotton mills), Russell Stover Candy, and Beneteau USA (sailboats) in Marion. Workers also found employment at Blue Brick in Pee Dee and Pilliod of Carolina (furniture) in Nichols.

Two South Carolina governors were born in Marion County. William H. Ellerbe of Sellers served as governor from 1897 until his death in June 1899, while Mullins native Ransome J. Williams occupied the office from 1945 until 1947. Each section of the county has its own interesting history. Other communities that add their dimensions to the Marion picture are Zion, Gapway, Rains, Centenary, and Gresham.

By the early twentieth-first century a biracial council of seven elected members governed the county. The public schools were integrated, and the old school buildings had been improved or replaced. A technical education facility taught skills to students and prospective employees. A modern medical center served the entire county. The county library system replaced three town libraries. An Arts Council formed in 1996 provided art exhibits and musical and theatrical events with local and outside participation. The County Development Board actively sought new businesses and industry to provide better employment opportunities. Marion County, rich in history and endowed with abundant natural resources, celebrated its bicentennial in 1998 and looked toward future years with courage and confidence.