Palmetto’s original breeding stock came from the pigeons Levi raised for the army. The plant gradually expanded to become America’s largest squab producer and the sole supplier of pigeons for use in medical and dietary research. 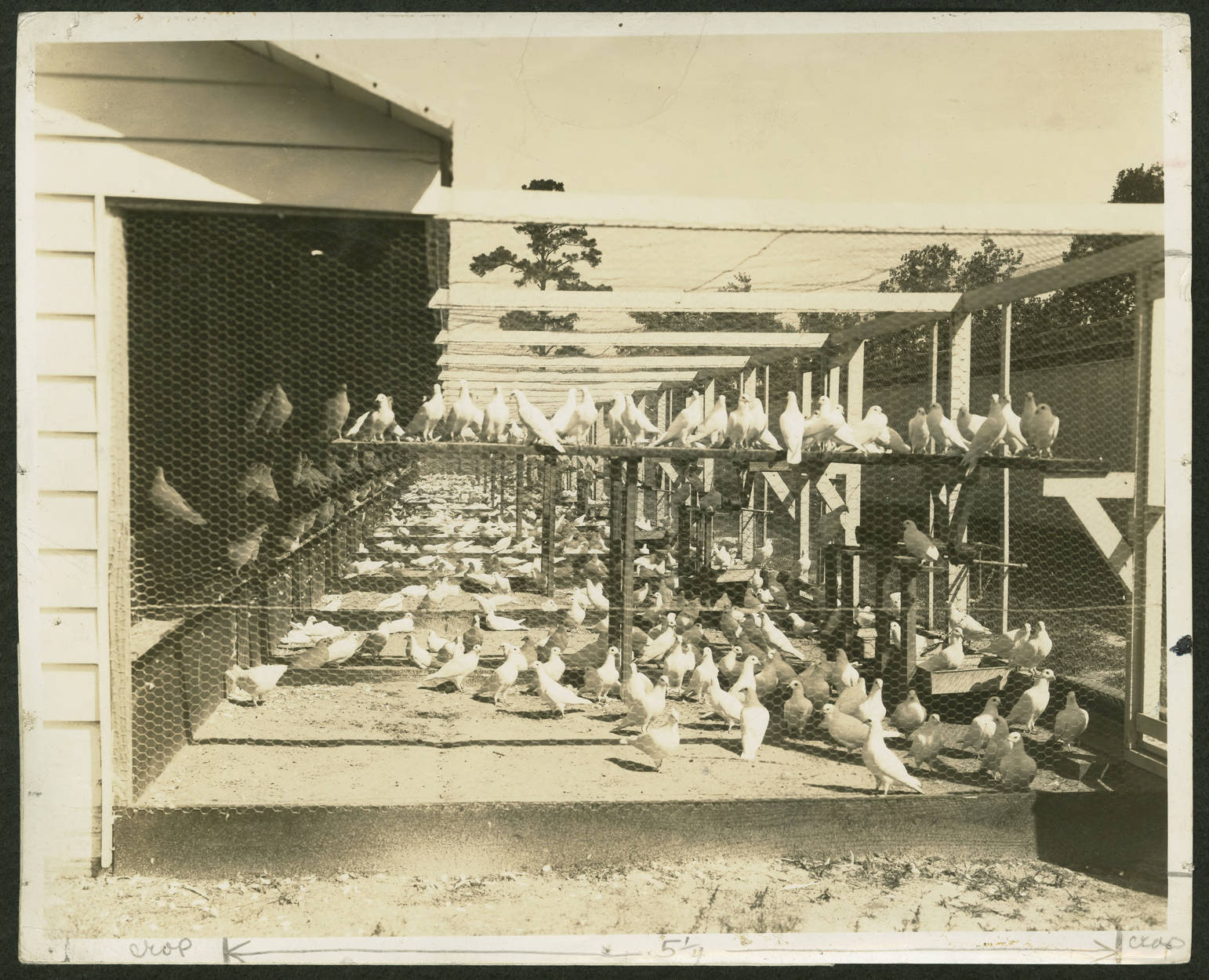 While serving as an infantry captain during World War I, the Sumter attorney Wendell M. Levi set up the Pigeon Section of the U.S. Army Signal Corps, having had experience raising homing pigeons as a hobby. Harold Moïse, an air force pilot and a graduate civil engineer with building expertise, shared Levi’s interest in pigeons. In 1923 the two men founded the Palmetto Pigeon Plant on thirteen acres of farmland in Sumter County and recruited state senator Davis Moïse to be vice president of the firm.

Palmetto’s original breeding stock came from the pigeons Levi raised for the army. The plant gradually expanded to become America’s largest squab producer and the sole supplier of pigeons for use in medical and dietary research. Squabs—young pigeons that have not yet flown—are considered haute cuisine in many parts of the world. Farm-raised or wild, pigeons were common fare in Carolina until fifty years ago. Besides squabs, the Sumter plant also raised and processed poussins (young chickens) and quail, and bought partridges, rabbits, and additional squabs from growers around the state.

Palmetto Pigeon Plant was operated by Levi and Moïse family members until 1990, when Anthony Barwick, a Pineville native and recent graduate in poultry science at Clemson University, became manager. In 1997 Barwick purchased the Moïse family stock and became president and CEO of the company. Wendell M. Levi, Jr., served as secretary-treasurer.

A $4 million business with sixty employees in 2002, Palmetto Pigeon reached a level of production its founders could not have imagined. The plant’s 20,000 pairs of pigeons produced an average of 7,000 squabs a week. Also, 230,000 poussins and 80,000 black chickens were shipped yearly to brokers in New Orleans, New York, Houston, Dallas, Chicago, Denver, Los Angeles, and San Francisco and distributed to restaurants, retailers, retail groceries, airlines, and cruise ships. By the early twenty-first century consumers worldwide could buy Palmetto poussins and squabs through the prestigious distributor D’Artagnan.