From 1951 to 1954 he played basketball at Furman University and is best known for his high-scoring performances that made national headlines, including 100 points in a 149–95 victory over Newberry College. 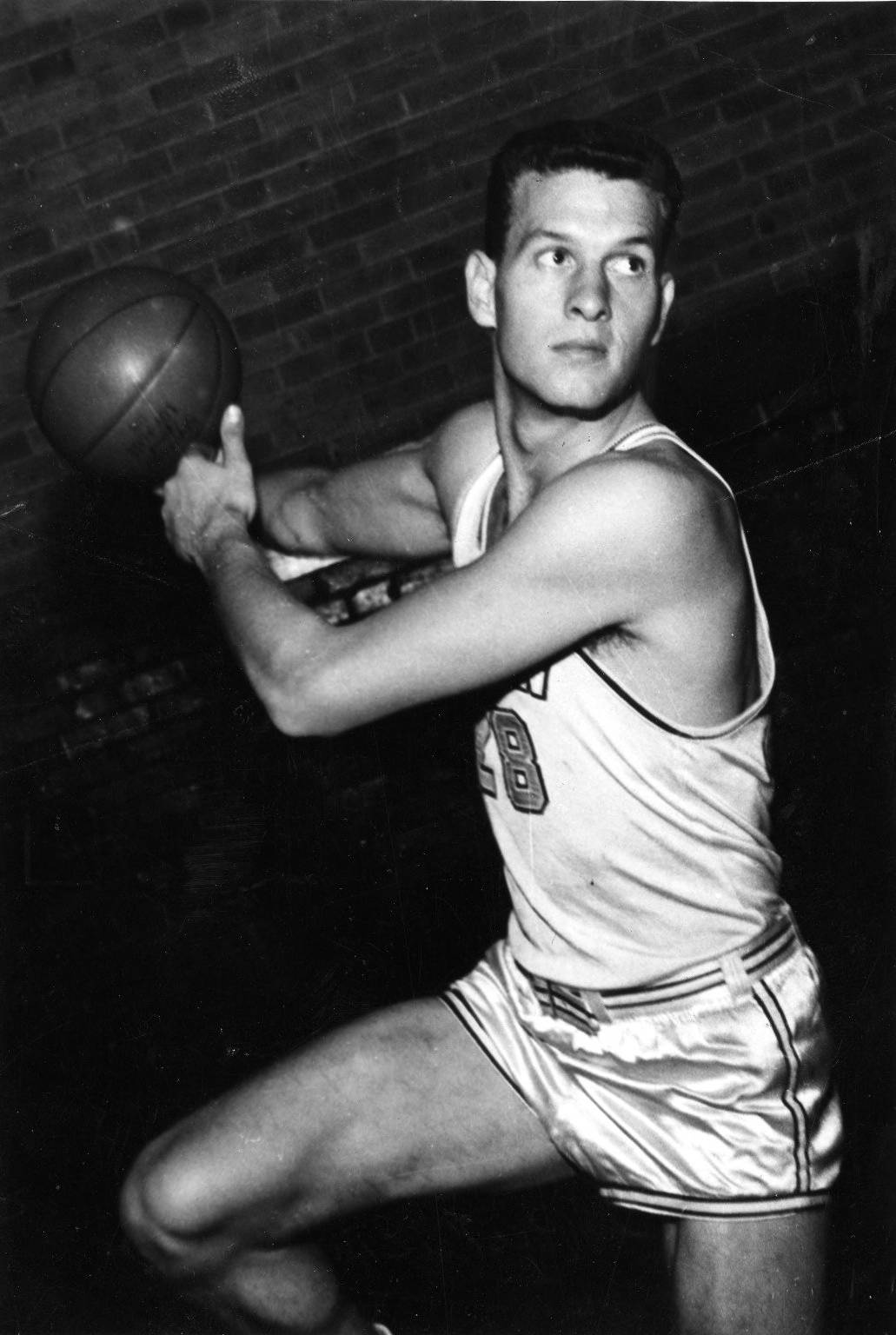 Basketball player. Selvy was born on November 9, 1932, in Corbin, Kentucky, to Ira and John Robert Selvy. From 1951 to 1954 he played basketball at Furman University and is best known for his high-scoring performances that made national headlines, including 100 points in a 149–95 victory over Newberry College. The Newberry game was only one highlight near the end of a record-breaking college career. Selvy led all college players in scoring during the 1952–1953 (29.5 points per game) and 1953–1954 (41.7 points per game) seasons. He was the first college player to average more than 40 points per game in a single sea- son and the first to score more than 1,000 points in a single season (1,209 in 1953–1954). Selvy’s scoring prowess helped the Paladins to defeat larger schools, including a combined seven victories versus in-state rivals Clemson and South Carolina, and a victory over nationally ranked Duke.

The media recognized Selvy with three All-American awards and the United Press National Player of the Year award in 1954. His honors brought unprecedented national attention to the tiny Baptist school in Greenville. Furman supporters and opponents alike admired his humble nature and work ethic as much as his playing ability. A writer for the Furman student newspaper in 1952 said that basketball as played by Selvy and his teammates was “fine art.” The Baltimore Bullets of the National Basketball Association took notice of Selvy’s skills and made him the first overall pick of the 1954 draft. Selvy played with several teams, including the St. Louis Hawks (with whom he won a World Championship in 1957) and the Los Angeles Lakers. After Selvy’s professional career ended in 1964, he returned to Furman as an assistant coach with the men’s basketball team. In 1966 Furman named Selvy the head coach, and he directed the men’s team for four seasons. He then entered the business world and worked for St. Joe Paper Company in Laurens for twenty-five years. Selvy retired in 1995 and lives with his wife, Barbara, in Simpsonville.