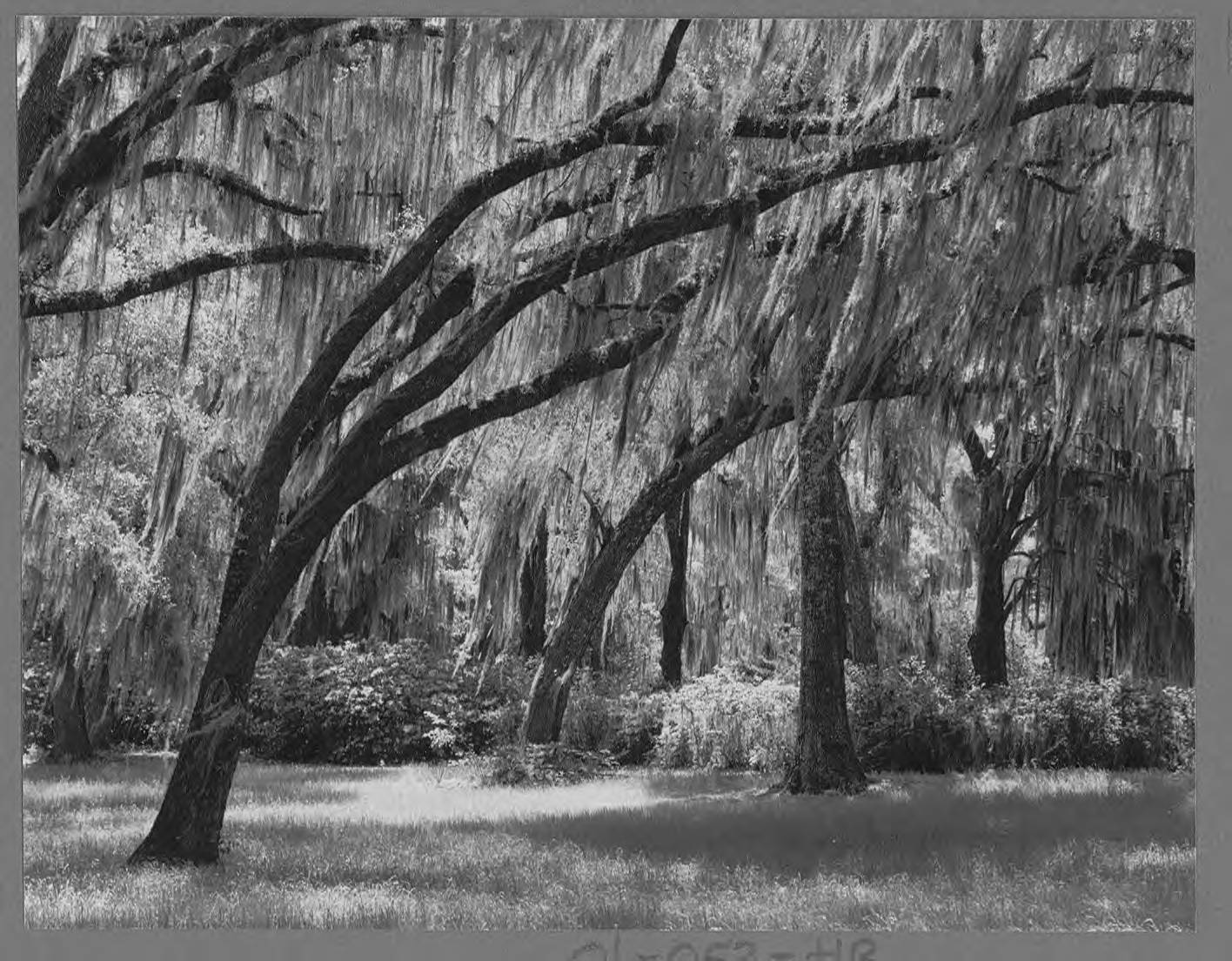 Spanish moss (Tillandsia usneoides) is a gray treeborne epiphyte native to the coastal plain of the southeastern United States. As an epiphyte, Spanish moss gets water and food from the air and does not harm the host tree. It is not a true moss but a relative of the pineapple family in the genus Bromeliaceae. Spanish moss produces small, yellow-green, three-petaled flowers in the spring and early summer. In mid-to late summer seedpods burst and rely on the wind for distribution. Typically they lodge in the bark of rough-barked trees, especially live oaks and cypress. The plants are a tangle of long stems and slender leaves. The individual mosses can extend over twenty feet in length and are host to red bugs and spiders. Lowcountry colonists sometimes used Spanish moss as insulation in chinking log houses. Its largest commercial use came as a stuffing for furniture after the Civil War, when it was called vegetable horsehair. In the early twentieth century South Carolina had several moss gins. In 1973 scientists studied Spanish moss taken from along U.S. Highway 17 to determine the levels of pollutants in the lowcountry air. Spanish moss declined dramatically in the state during the 1970s from the effects of a deadly mold, but it has since recovered.

Draped in live oaks and cypress, Spanish moss is a familiar and evocative symbol of the lowcountry. Some find it restful and comforting, while to others it suggests more sinister feelings.