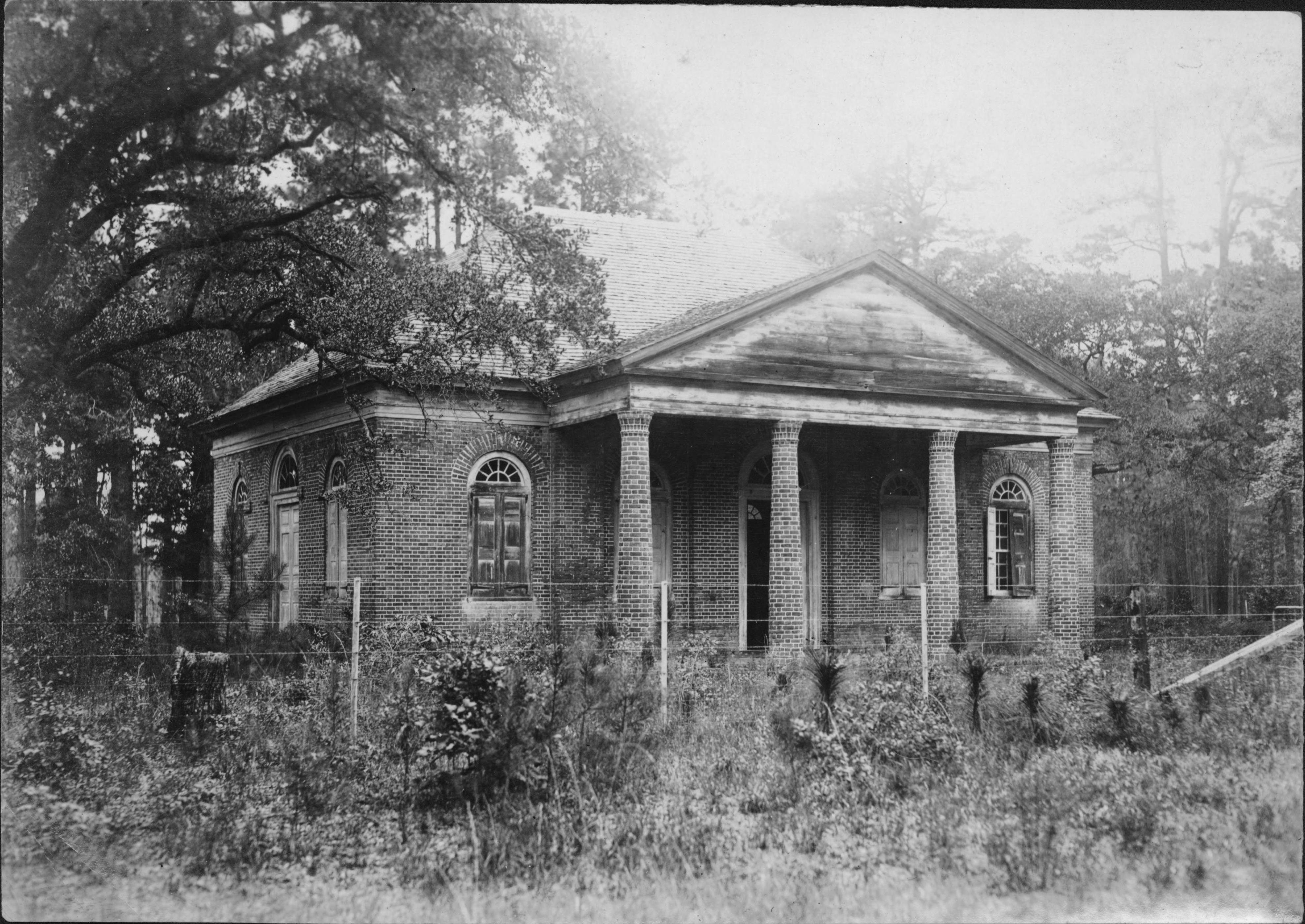 The parish of St. James Santee was established on April 9, 1706, and included the northeastern portions of modern Berkeley and Charleston Counties. The earliest Europeans to settle along the southern bank of the lower Santee River were Huguenots attracted to South Carolina in the 1680s by the promise of religious and political freedom. Although the exact date is unknown, the Huguenots built their first church, a small frame structure overlooking the river, shortly after arriving, and by 1699 it contained 111 members. In 1706 a village called Jamestown was laid out around the church, and that same year the one hundred French families and sixty English families living in the vicinity successfully petitioned the assembly for parish status. Unlike Jamestown, which never prospered and soon disappeared, the church was able to persevere despite circumstances that one early rector described as “very strange.” Because of the language barrier within the congregation, for decades St. James Santee required a minister who could “Preach to the French in French and ye English in English.” The present church, located near McClellanville, was the fourth to serve the parish. Built in 1768, it is known locally as “The Brick Church.”

Early experiments with silk, grapes, and olives were unsuccessful, but in the eighteenth century rice and indigo “poured streams of wealth into the pockets of the French planters.” With the abolition of the parish system in 1865, St. James Santee Parish became part of Berkeley County.