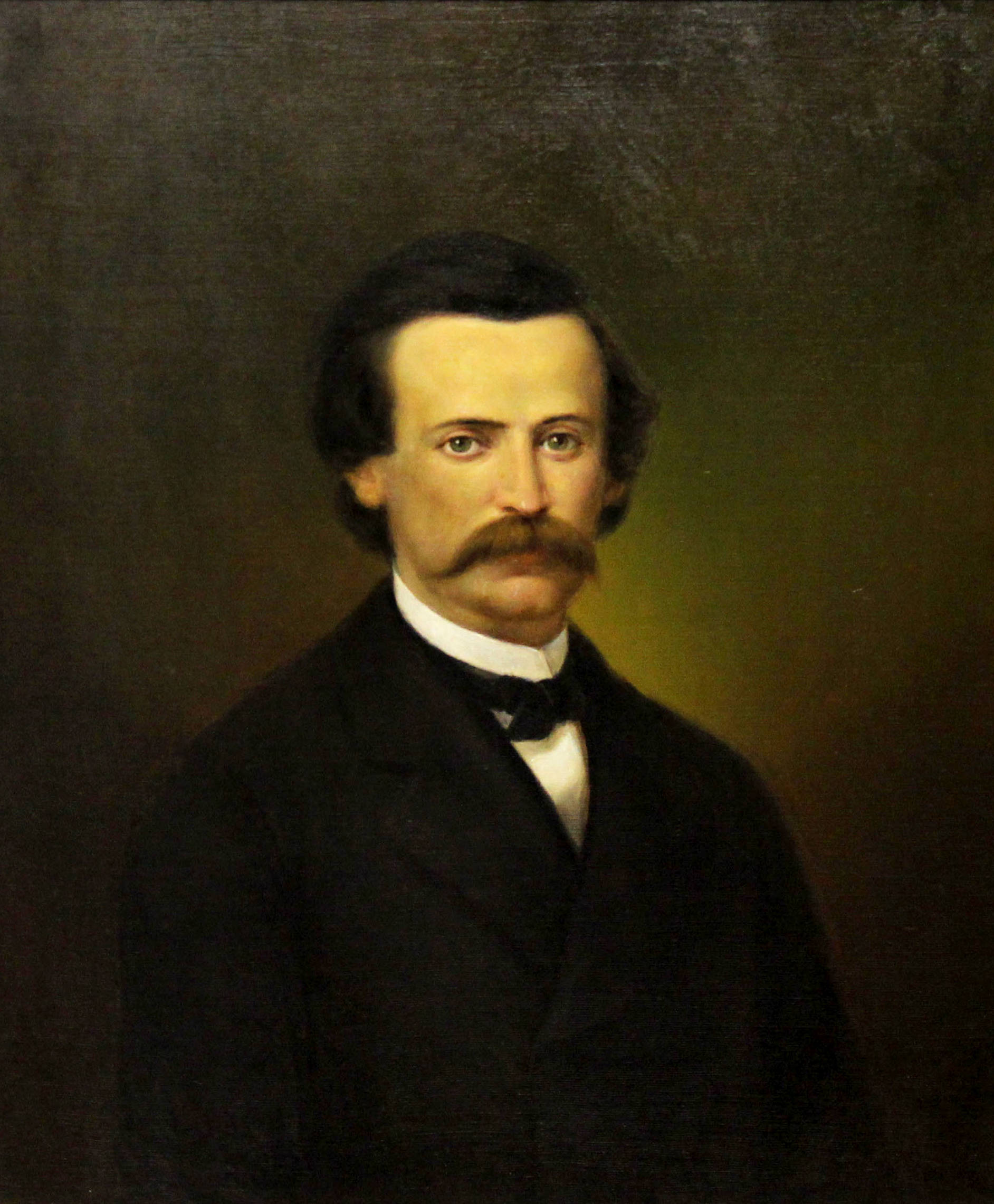 Poet, essayist. Timrod was born on December 8, 1828, in Charleston, South Carolina, the only son of a bookbinder, William Henry Timrod, and his wife, Thyrza Prince. Hedged by poverty, frail health, and the cataclysm of the Civil War, Timrod led a brief tubercular life that bore the stamp of the romantic tradition that he revered and defended among his neoclassical contemporaries in Charleston’s antebellum literary circles.

Timrod attended the prestigious Classical School, where he befriended his life- long ally and fellow poet Paul Hamilton Hayne. As a young man, Timrod enjoyed solitude, nature, and the contemplation of romantic love and death. William Gilmore Simms found Timrod “morbid,” but the ever-loyal Hayne memorialized him as “passionate, impulsive, [and] eagerly ambitious.” When scant resources precluded his graduation from the University of Georgia, Timrod returned to Charleston in 1846 to study law with James L. Petigru. However, as one contemporary put it, Timrod “was too wholly a poet” to find the regimen compatible. Until the outbreak of the Civil War, he tutored the children of lowcountry planters while publishing his poetry and essays in Russell’s Magazine (which he helped to found in 1857 with Hayne), the Southern Literary Messenger, and the Charleston newspapers. Harper’s magazine hailed “the true poetical genius” of Timrod’s Poems (1860), the only col- lection published in his lifetime.

Scholars generally concur that slavery and its ideological defense retarded the intellectual evolution of the antebellum South, particularly in the realm of letters. Timrod’s 1859 essay “Literature in the South” buttresses this point of view. Southern readers at best, he wrote, were indifferent to southern writers, but more often criticized them “as not sufficiently Southern in spirit.” According to Timrod, literature served merely as “epicurean amusement” for the South’s “provincial” people. Even among the most learned, said Timrod, the “fossil theory of [classical] criticism” remained de rigueur. A devotee of romanticism, Timrod argued that the embracement of new modes of expression was not inherently subversive. In his other notable essay, an exchange with William J. Grayson titled “What Is Poetry?” (1859), Timrod vehemently rebutted Grayson’s defense of verse as simply “form and order.” Precisely for its disavowal and articulation of the modern sensibility in southern voices, the literary scholar Richard J. Calhoun has called this exchange “one of the more interesting critical debates in antebellum literary history.”

Although Timrod opposed secession, the opening of the Confederate Congress in February 1861 elicited from him the exultant “Ethnogenesis,” which prophesied the world made over in the image of a utopian South free “from want and crime.” But as the war dragged on, Timrod’s poems—“The Cotton Boll” (1861), “Carolina” (1862), “Charleston” (1862), “Christmas” (1862), “The Unknown Dead” (1863), and the postwar “Ode” (1866)—turned from ardor to apprehension and gloom, earning for him the sobriquet “Poet Laureate of the Confederacy.” Lauding the “controlled eloquence” of his wartime compositions, Louis D. Rubin wrote, “Nothing in Timrod’s pre-secession verse really prepares us for this sudden maturation as a poet. It is as if the advent of secession and the war had jarred him loose from his preoccupation with his own personality, the obsessive self-consciousness of his role as sensitive spokesman for aesthetic Ideality, into an abrupt confrontation with his identity as a member of the civil community.” Even so harsh a critic as Ralph Waldo Emerson chose to read Timrod’s war poetry to New England audiences after the Civil War, a tribute to his artistry and evocation of the sectional crisis.

Timrod enlisted in the Confederate service several times, but his chronic tuberculosis led to repeated discharges. In the spring of 1862, as a war correspondent for the Charleston Mercury, Timrod witnessed the retreat of the Confederate army from Shiloh. Overwhelmed by the horror, he returned home and in January 1864 assumed the editorship of the South Carolinian, a daily newspaper published in Columbia. He married his long-betrothed Kate Goodwin, the English sister of his brother-in-law, and on Christmas Eve their son Willie was born. Timrod remained at his desk while Sherman’s troops destroyed the capital city, issuing “thumb- sheets” until the occupation forced him into hiding. Facing ruin and starvation, Timrod futilely sought employment, depending on the charity of friends and the sale of his meager possessions for survival. The poet’s bloodstained manuscripts still attest to his precipitous physical decline after the death of Willie, “our little boy beneath the sod,” in October 1865. Henry Timrod died from tubercular hemorrhages on October 7, 1867, and was buried in the cemetery at Trinity Episcopal Cathedral in Columbia. In 1911 the South Carolina General Assembly adopted Timrod’s “Carolina” as the state song; he was inducted into the South Carolina Academy of Authors in 1992.

Athens: University of Georgia Press, 1965. Rubin, Louis D. The Edge of the Swamp: A Study in the Literature and Society of the Old South. Baton Rouge: Louisiana State University Press, 1989.