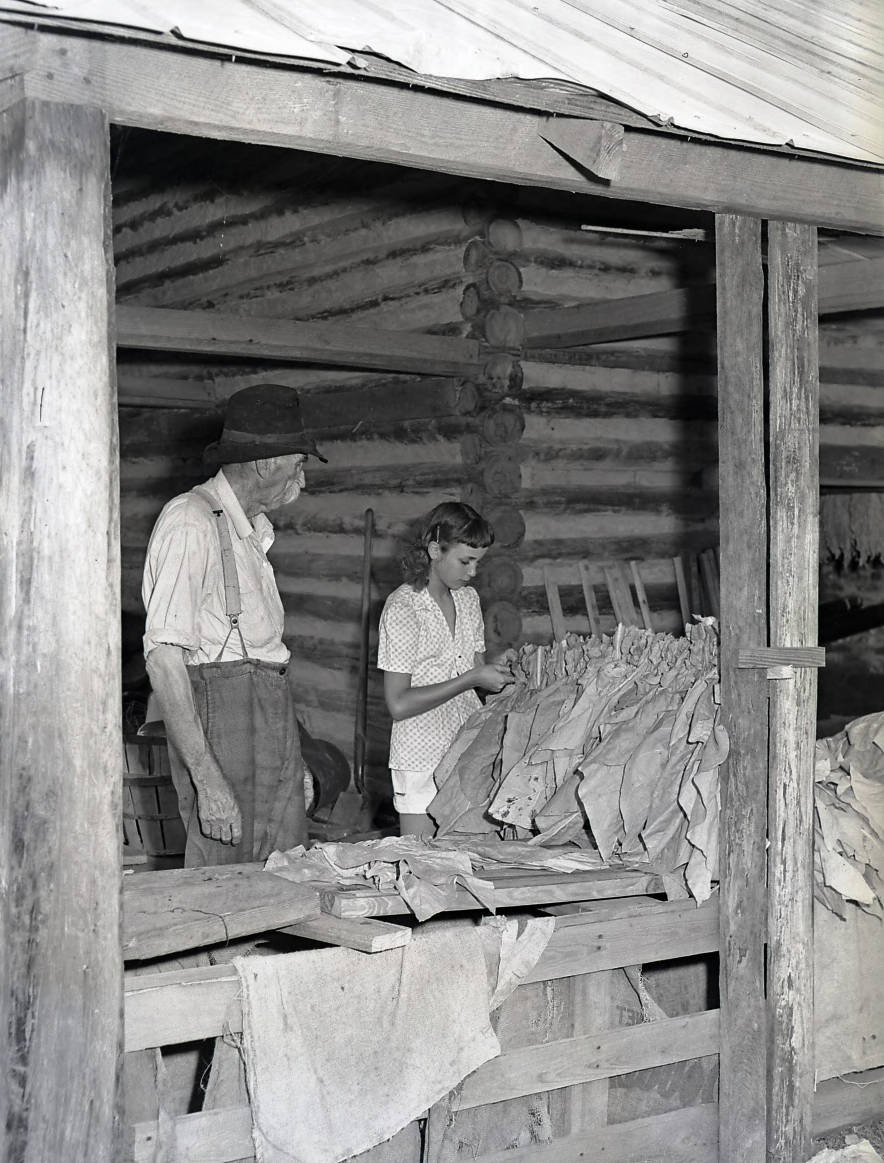 Three times in the history of South Carolina, tobacco has risen to the status of a major cash crop, and three times it has declined. Early settlers planted tobacco around Charleston in the 1670s, forging the colony’s first links to world markets. But overproduction in Virginia and Maryland kept leaf prices low, and South Carolinians soon embraced rice as a more profitable staple. By the 1690s rice had supplanted tobacco as the colony’s leading export, and the weed all but disappeared in South Carolina.

Tobacco reemerged in the backcountry in the 1760s. Too far from the coast for tidewater rice culture, frontier farmers needed a moneymaker to supplement their corncribs and smokehouses. An uptick in leaf prices encouraged backcountry farmers to cultivate tobacco. The Revolutionary War disrupted commerce for several years, but after the war a lively demand for tobacco revived the culture. The state government established several “inspection warehouses” around the state to handle the trade. Production peaked at ten million pounds in 1799. But the cotton boom of the early 1800s quickly drove tobacco from the red hills of the backcountry, and by the 1810s leaf culture had again vanished in the Palmetto State.

South Carolina’s most important tobacco period began in the Pee Dee region in the 1880s. Although cotton had been the focus of agrarian life for eight decades, profits had fallen below $15 per acre. The cotton depression coincided with the spectacular rise of cigarette smoking in the United States and Europe. By the 1880s highly addictive cigarettes made of mild, aromatic, flue-cured tobacco (also called bright leaf) were being mass-produced and aggressively marketed. Demand for cigarette tobaccos increased apace. In the mid-1880s farmers in the Mars Bluff community near Florence planted experimental bright leaf crops that yielded profits of nearly $150 per acre—ten times the value of cotton. Soon, beleaguered cotton farmers in Darlington, Florence, Horry, Marion, Clarendon, and Williamsburg Counties were learning tobacco culture. By 1900 local entrepreneurs had established leaf markets in several Pee Dee towns, and flue-cured tobacco was an integral part of the state’s agricultural economy.

The labor-intensive nature of flue-cured tobacco culture increased tenancy, and small, wood-frame tenant houses became as commonplace as curing barns on the Pee Dee landscape. With virtually all tasks performed by hand, much of the crop’s value went into the wages of laborers and thence to local merchants. The tobacco trade revived older towns such as Conway and Darlington and grew new ones such as Mullins and Lake City. Indeed, the rhythm of life in many Pee Dee communities followed the cycle of tobacco culture.

By the 1920s, however, tobacco growers were falling on hard times. The tendency of growers to overproduce coupled with the monopolistic practices of cigarette manufacturers drove leaf prices down. In an attempt to strengthen their marketing position, growers in the Carolinas and Virginia formed a cooperative. Although the co-op succeeded in raising leaf prices for a few years, manufacturers destroyed it by refusing to buy co-op leaf and subverting grower confidence through propaganda. Leaf prices—and the fortunes of the Pee Dee—entered a long decline.

After World War II the production control program was expanded to include price supports. Tobacco leaves failing to bring the parity price at auction were purchased by the marketing group and later resold to manufacturers. Operations were subsidized by government loans. The combination of production controls and price supports raised growers’ incomes, and the land-bound tobacco quota became a valuable franchise for landowners. Moreover, government oversight of tobacco marketing protected growers from exploitation by manufacturers. Pee Dee market towns prospered as well. The federal tobacco program became the cornerstone of the Pee Dee economy in the 1950s. South Carolina’s leaf production peaked in 1955 at 197 million pounds.

At century’s end, South Carolina’s tobacco industry was in retreat. Health concerns and leaf imports continued to undermine demand for American tobaccos, and quotas were cut substantially in the 1990s. Moreover, leaf prices fell behind the inflation curve and did not recover. Quota cuts and lower profit margins accelerated the consolidation of smaller farms into ever larger ones. Manufacturers, seeking to eliminate the competitive auction system and remove government supervision from tobacco marketing, began purchasing leaves directly from growers. In 2001 production fell to sixty-eight million pounds, and eighty percent of the crop was sold outside the auction system. While tobacco remains an important cash crop in South Carolina, its decline has been dramatic and its future is uncertain.